This model is very special for me. I requested it to NG long time ago when their new mould was announced, and well, they did it. I flew on this exact aircraft (EC-NBE) a year ago on it's amazing cockpit with the greatest crew ever! My best flight ever, that's for sure.

As always we are going to look at the price, mould, quality and livery accuracy after looking at the real aircraft.

As I said, I flew on EC-NBE back in November 2019 and was allowed to visit it's cockpit. The Captain and the First Officer were so nice to me, explaining the aircraft, some anecdotes...simply put, it was a flight of a lifetime.

EC-NBE's serial number is 271, being delivered to Iberia on 25 January 2019, having flown for 2 years now. This aircraft flew on the repatriation flight from Australia to Madrid, being the one and only time an Iberia aircraft had flown over Australia.

This model is a widebody NG, which means a high price of 50Є. Honestly, Like all NG's the price is always worth it due to their amazing mould, attention to detail and livery. Even though price can vary through retailers, it's still the price you would expect from a model like this.

NG's casting is outstanding. It's the only good competitor to Aviation 400's A350 mould, but is it better? The nose is the most debatable aspect on the A350, which seems a challenge to every single manufacturer in this scale. Av400's nose was nearly perfect, which was pretty difficult to challenge, but NG's is also great.

Even being the same aircraft, the nose is still different. If you look closely, the minor hump on the Av400 is not easily visible, whereas in the NG it's slightly too big. As well, the nose cone on the Av400 is too steep and low while the NG is spot on. The nose gear is very similar, minor differences which don't really make a difference.

The tail part is actually quite different. the APU zone is perfect on the NG as well as the horizontal stabilizers, which are wide enough with a good rounded shape in the tips. The tail is fairly better being shorter and straight in the top.

Here comes the only bad part of the mould, the engines. In my opinion, They are too rounded and narrow in the back as well as too steep in the front. They should be more straight and less narrow.

The wing and undercarriage is spot on. The winglets are far better than any other with the correct updated size and shape.

Apparently, many of the Iberia and Delta A350s from the November release had a bad fitting in the nose gear, either sticking out or bent back. In my case, it was perfectly fitted.

As usual, the rest of the model had no flaws. Both engines correctly fitted, wings attached properly, paint with zero scratches. What can I say? It's just perfect.

The Iberia livery is well represented on the model, the simple but not so easy tail zone is perfectly done with the characteristic curve on the tail.

The undercarriage is stunning, thing is usual from NG. All details are present, with antennas perfectly fitted and sized.

I only have two very minor issues. One, is the Iberia font text, which is straight instead of rounded. The other is the engine exhaust, in the model it's all fully dark gray, when the cone should be a dark blue and the bigger part light metallic gray. 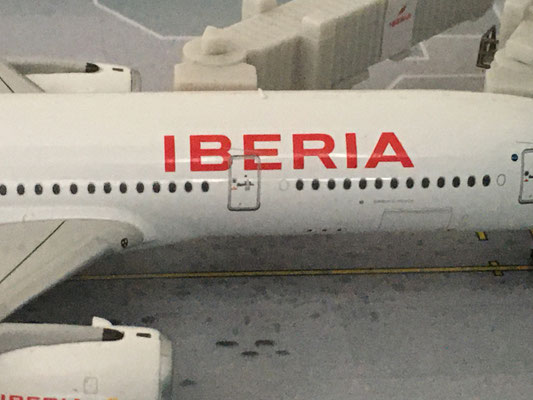 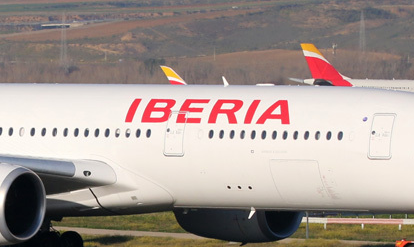 I love this model. The fact that NG really listens to their customers is amazing. Although my request was made, unfortunately not all  requests can be realized. Even though this model of EC-NBE has some minor flaws, it will have an special place in my growing collection.

Model Deals and Steals - Best rare models deals and what not to buy every month!

Model News - Check all the new releases and new moulds from manufacturers!